The 35th chapter of the Shakugan no Shana X: Eternal Song manga series.

Asiz welcomed Mathilde but thought of her as powerless in her current state, with bluffing being all she could do. Though this was true, Alastor claimed that Asiz was being too generous in inviting them in. Asiz cryptically acknowledged that he had invited them in, and watching Mathilde looking around for traps, he was reminded of Tis' end, being surrounded by humans. He stated that he had done so because he knew she and Alastor loved each other. Mathilde figured out that Asiz wanted them to join him, and perhaps make a second Heir to Both Worlds. Asiz confirmed this, explaining that there was nothing at the end of a Flame Haze's life; they were used until they died, and since Mathilde would die soon, she should be experiencing this truth. For Mathilde, it wasn't the truth but merely Asiz's outcome.

Asiz didn't understand what was motivating Mathilde, and she told him that it wasn't because of a sense of duty in protecting the world but for revenge against herself. Mathilde had been reborn and could now fight, so she was taking revenge on her past self, who had had that opportunity taken away from her. That was why she would never stop and would keep moving forward without hesitation. Mathilde informed the girl inside Nachtigall that Gavida had complained about her, saying she was a timid girl who was pretending to be suffering while spiting Donato. Mathilde hated people like that and advised the girl to find a way to get away or she really would kill her. Mathilde cast away her sword and shield and thanked Asiz, saying his kindness had affected the Nine Eternal Divine Scales. However, she stated that she and Alastor were sinful people who only cared for self-satisfaction and couldn't answer that kindness.

A circle of flames, the Crimson Curtain, erupted from Mathilde, engulfing Jarri and Nachtigall. Asiz was also affected by the field and knew that it was the Divine Summoning of the "Flame of Heaven". Mathilde didn't want an honorable defeat, she wanted to settle things and then burn out. Asiz reflected that Alastor was the God of Retribution, one of the embodiments of the laws of the Crimson Realm, whose Authorities were over Judgement and Condemnation. The Crimson Curtain Mathilde was emitting was an evocation to bring forth Alastor's godly powers. His Manifestation far surpassed what the human body could maintain, meaning the contractor who was his Vessel would be destroyed. 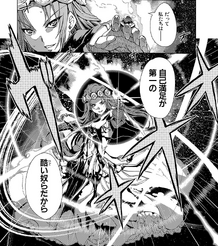 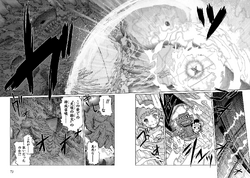 Asiz couldn't believe the two were choosing to part in this manner when they loved each other. Mathilde stated that that wasn't a reason for them not to part, surprising Nachtigall. Mathilde concealed her pain from the ceremony and needed a sacrifice to complete it. Asiz's enormous existence meant that he wasn't rendered completely immobile by the Crimson Curtain, so Mathilde chose Jarri. As she was in agony, Mathilde noted the Silhouette of Existence coming from Jarri. She had to take the shadow in and convert it into the offering and power source for God, the Cor. As Mathilde began the invocation for the ceremony, her body was beginning to fail her and Alastor had to urge her on. 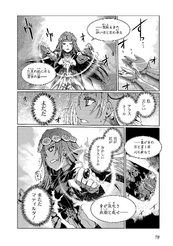 Mathilde reciting the invocation while in pain.

Jarri answered Asiz's plea and used his flies to split the tower between Mathilde and the others from outside, interrupting Mathilde's ceremony and causing the tower to begin collapsing. Mathilde started to fall, while Asiz floated upwards. If Asiz got away now, Mathilde wouldn't have enough strength to redo the ceremony; she would fail. Horrified, she remembered her past, where she had been part of a group who were sentenced to death by burning. This time, she wouldn't give up until the very end. 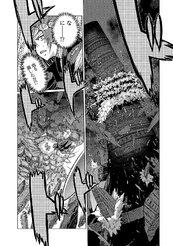 The tower collapsing due to Sabaeru Kaze. 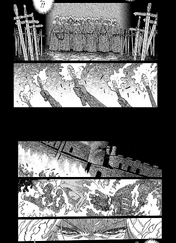 After a sudden reverberation, the tower's collapse was halted. It was a phenomenon invoked by Nachtigall, who said she wanted to see, to touch, to make sure of Donato's painting of her. The two had loved each other, but she had caused them to part. As she questioned what she had been doing up until now, the girl cried, with the markings signifying Asiz's control over her fading. Just by putting her fingers to her lips, she dispelled the rest of the markings, shocking Asiz. Donato had kept his promise of painting the girl, and she was now determined to go see him and the painting, opening the door of Nachtigall by simply tapping it. The girl asked Alastor to allow her to escape from the battlefield unharmed, as compensation for helping him just now. Asiz pleaded with her to stop, as if she escaped, his existence and the existence of his child were forfeit. Alastor allowed it and swore on the Crossroads of Destiny that the girl would be his friend who helped defeat a shared foe, and he told her, "Spiral Organ" Leanan-sidhe, to rid herself of the name of the birdcage Nachtigall. 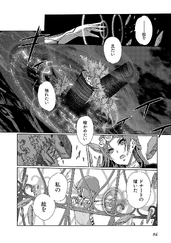 The girl stopping the tower's collapse. 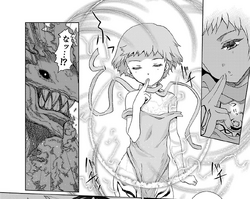 Leanan-sidhe easily destroyed the birdcage, after which Jarri was consumed. With a fierce smile, Mathilde recited the ceremony's name, Tenpa Jōsai. A massive burst of flames erupted from the mountain. 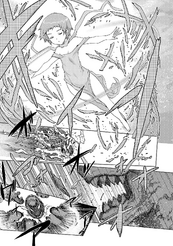 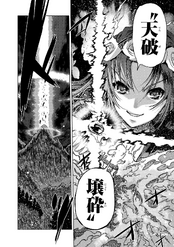 Mathilde reciting the name of the ceremony, Tenpa Jōsai.

Retrieved from "https://shakugan.fandom.com/wiki/Shakugan_no_Shana_X:_Eternal_Song_Manga_Chapter_35?oldid=34700"
Community content is available under CC-BY-SA unless otherwise noted.